We recently caught up with David Crowe, recently-appointed Principal Process Engineer to discuss Produced Water Treatment – what is it, why it’s important and the future for PWT within the energy transition, utilising new technologies and solutions.

1. Welcome to Alderley David, can you start by introducing yourself?

I’m David Crowe and have a long 30 years’ career as a Chemical Engineer. Having primarily worked in the oil and gas industry, both in refining and production, I started my career in the design and commissioning of air pollution control processes for municipal incinerators.

Since then, I’ve worked on offsites and utility systems for refineries and gas plants, produced water treatment systems, production units for fixed and floating systems, as well as for onshore facilities. Outside of oil and gas I’ve worked on the design of semi-conductor manufacturing plants, and nuclear facilities.

I’m also a Chartered Chemical Engineer and Member of the Institution of Chemical Engineers, with experience working in both large and smaller companies. My experience immediately prior to joining Alderley was working at Eniprogetti on the FEED study for a Carbon Capture and Storage project for the Liverpool Bay Area. 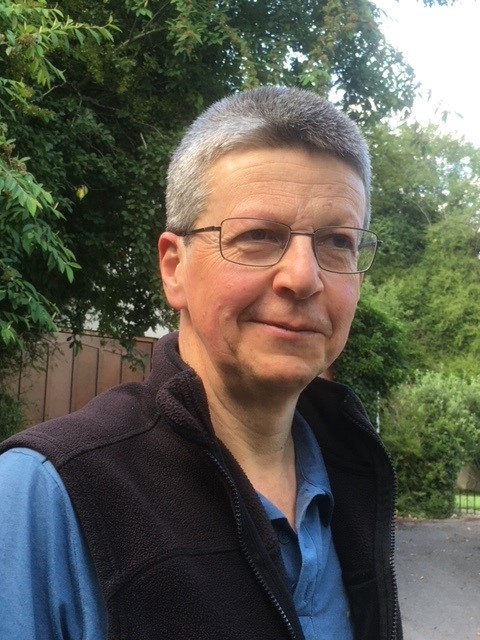 2. Produced Water Treatment – what is it? and why is it important?

Produced Water treatment (PWT) is the treatment of the water produced alongside the oil during oil production to a standard that is fit for disposal. PWT can involve removing solids from the well fluids at the wellhead and then removing oil adhering to the surface of the solid particles. It also involves removing the oil from water separated in the production separators. These separation processes utilise hydrocyclone technology and gravity separation of the different substances, often assisted by gas flotation. PWT is important to enhance operational efficiency and protect the environment.

PWT has been part of oil production for decades. Its profile is increasing as limits for discharge to the environment become tighter across the globe. At the same time, in some parts of the world existing fields are undergoing life extension instead of new production fields being drilled. This often results in an increased water cut (the amount of water in the well fluids) meaning expansion and upgrade of the existing PWT facilities.

4. In your opinion, what is the future for PWT and what part does it have in the energy transition?

The future of PWT in the oil sector is to make the systems more efficient to meet environmental discharge limits and making the footprint of equipment smaller to save space and reduce weight, especially on the crowded decks of offshore applications.

However, with emphasis on moving away from hydrocarbons as fuel, it’s time to look at applications outside of the oil sector.

There is already work being undertaken to use PWT technology in the nuclear industry for solids separation. There are probably applications in the industrial and domestic waste treatment industry as well, and perhaps even sectors such as pharmaceuticals and agriculture.

5. What kind of things are Alderley working on with PWT? Example, new technologies and solutions.

Alderley is currently redesigning the Compact Flotation Unit to improve separation efficiency. These units are generally used downstream of hydrocyclones and use small gas bubbles to help separate the oil droplets. They’re designed as vertical vessels to save weight and space compared to a more traditional horizontal Induced Gas Flotation units.

As the age of the well increases, so does the water cut. Alderley’s digital inspection and management technology provides complete asset integrity management support for all produced water treatment systems, optimising performance and continuing to meet produced water discharge and re-injection requirements

6. What are you looking forward to the most in your new role at Alderley?

I’m looking forward to working in many different areas. It’s very different being in a package supplier compared to an EPC contractor or consultancy. You get to see and hear much more of what’s going on whether that be the design of a new process or the supply of spare parts to existing processes. You also get to be involved in more fundamental issues, such as revising the design principles of specific pieces of equipment, which you wouldn’t do elsewhere. Plus, it’s good to work closer to home and not have a long drive to the office.

Enhance your efficiency and performance with Alderley Digital.

We use cookies on our website to give you the most relevant experience by remembering your preferences and repeat visits. By clicking “Accept”, you consent to the use of ALL the cookies.
Cookie settingsACCEPT
Manage consent

This website uses cookies to improve your experience while you navigate through the website. Out of these, the cookies that are categorized as necessary are stored on your browser as they are essential for the working of basic functionalities of the website. We also use third-party cookies that help us analyze and understand how you use this website. These cookies will be stored in your browser only with your consent. You also have the option to opt-out of these cookies. But opting out of some of these cookies may affect your browsing experience.
Necessary Always Enabled
Necessary cookies are absolutely essential for the website to function properly. These cookies ensure basic functionalities and security features of the website, anonymously.
Functional
Functional cookies help to perform certain functionalities like sharing the content of the website on social media platforms, collect feedbacks, and other third-party features.
Performance
Performance cookies are used to understand and analyze the key performance indexes of the website which helps in delivering a better user experience for the visitors.
Analytics
Analytical cookies are used to understand how visitors interact with the website. These cookies help provide information on metrics the number of visitors, bounce rate, traffic source, etc.
Advertisement
Advertisement cookies are used to provide visitors with relevant ads and marketing campaigns. These cookies track visitors across websites and collect information to provide customized ads.
Others
Other uncategorized cookies are those that are being analyzed and have not been classified into a category as yet.
SAVE & ACCEPT
Powered by